AS3/ TypeScript compiler in Rust

Hey peoples,
I was having a read of this article:

And thought maybe AS3/ Typescript could be a full fledged language that compiles to binary with the help of a Rust compiler, like they’re doing with the Roc Language:

If it was doable:

Does anybody have any ideas about the feasibility of this and why it hasn’t been done already?

Is as3 still in use today?

Another area where a language like AS3 would be powerful is in serverless Node runtimes like AWS Lambda or Google Functions.

As for why either the Rust or serverless route hasn’t been taken, my guess is because of its similarity to JavaScript. I am not sure what “new” thing AS can bring over what JavaScript and TypeScript provide already

Hi Steve,
take a look at (and why not contribute) to the amazing Ruffle project 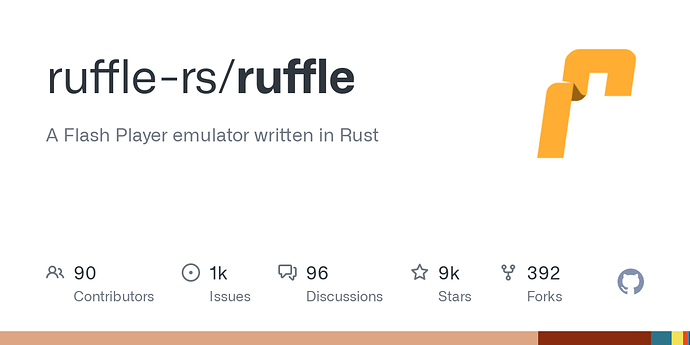 A Flash Player emulator written in Rust. Contribute to ruffle-rs/ruffle development by creating an account on GitHub.

in early stage but very promising.
And yes, actionscript is still used since Samsung continues to update and evolve Air SDK which is less hassle (in certain cases) than javascript, especially when you need a full cross OS application without to write different code or compile for each platform.

Thanks I’ll have to look into it.

I’ve been learning Rust for a while, however it can be really frustrating.

It would be nice to a subset of Rust with AssemblyScript syntax (e.g let x:u8 = 5;) and some built in methods/ macros .