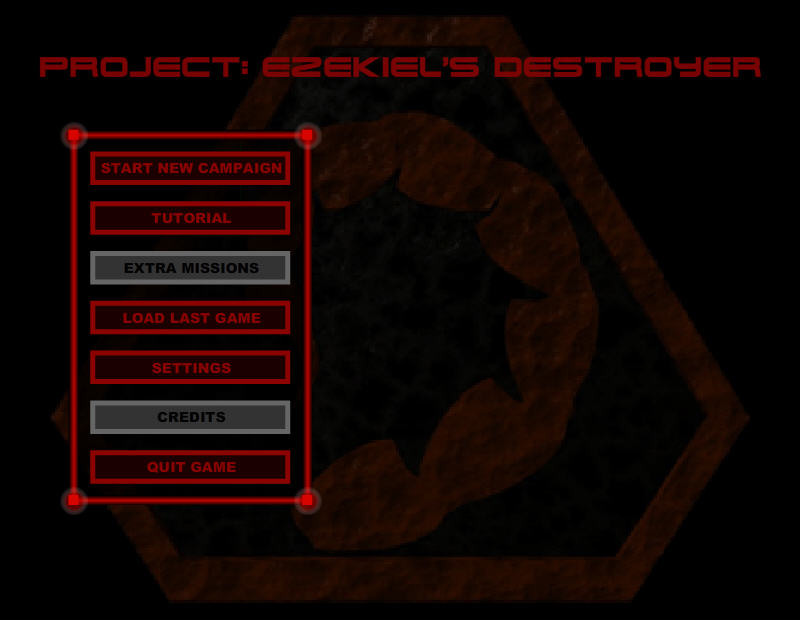 In the deserts of Africa, the Brotherhood of Nod was hiding after the defeat in 1st Tiberium War. Keen eyed GDI rangers were striding up and down the deserts, hoping to flush remaining Nod forces out.

The situation is desperate. Ezekiel’s Wheel, the stealth tanks, pride of the Brotherhood kept sabotaging GDI outposts. Every time these tanks returned unscathed from the battlefield. However, their power was limited. That did not stop more and more GDI forces pouring into the area.

“One powerful sneak destroyer is better than a thousand mini stealthed gun pods.” said a commander one day. Then this marks the birth of a stealthed super tank and the return of the Brotherhood.

The Ezekiel’s Destroyer features a new multi-weapon system. Powered by 12 mini hydrogen fuel cells (and a Tiberium reactor which is still in development), the vehicle wields dual 40mm gattling cannon and multi-missile system which a clip contains 16 shots. More than enough to reduce any armour to scrap. The tank has the capacity to carry 2 tactical nuclear bombs, making it a more devastating weapon which can take a military base all on its own.

The improved Lazarus Shield keeps the power flowing even when the hull is severely damaged. Moreover, the cloak-boost allow the vehicle to fire in stealthed status and to hide from enemy detection units for a short period of time.

This is a top-down driving and shooting 2D game. The objective depends on the mission, but all missions have 1 thing in common: you need to deal the greatest amount of damage on the enemy in the shortest period of time.

The game is NOT complete, yet. The scoring system and upgrade system are bothering us at the moment because it is incredibly difficult to strike a balance so that the game does not become too easy or too difficult.

That is why we need your help. To those who are interested, please complete the control tutorial and the combat tutorial (you drive and shoot at the same time so even the most skilful gamers . Go ahead and try level 0 out, which is extremely easy to pass but need some work to get high scores. Reply to this thread with your score, preferably with a screenshot.

You will be acknowledged in the credit screen (in the Kirupa Forum member section) when the game is released.

You will also be acknowledged if you locate and report any bugs in the game play.

Hope you enjoy it!