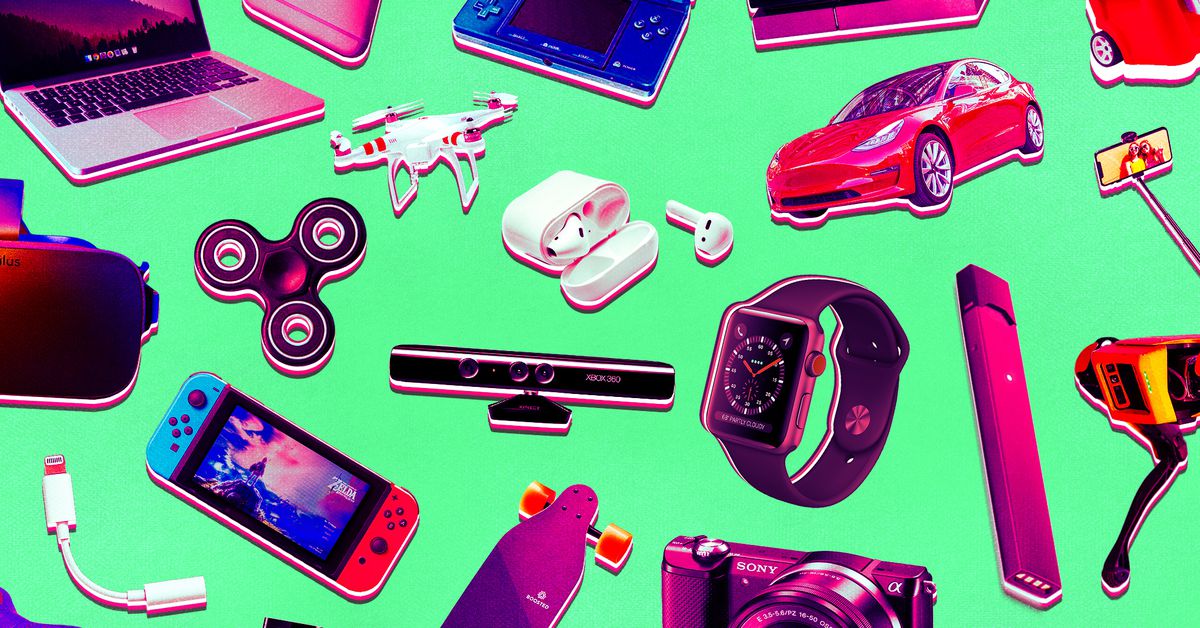 The 100 most important gadgets of the decade

From Google Glass and fidget spinners to iPhones and the Tesla Model S.

This was a fun skim. The winner wasn’t too surprising, but a lot the things in the middle were ones I would have never considered putting into a Top 100 list

Not a bad list. “FAKE RAM WITH GLOWING LIGHTS” is oddly specific, and shouldn’t have been above google glass (which should also have been higher). The original iPad should also have been higher. Newer generations of devices should not be above the original unless they radically rethink that original. Was the air really all that revolutionary? Smaller, lighter, faster… sure all good things, but natural progressions of technology, and nothing that justifies the gap. And why the “shitbox dell” chromebook and not the pixelbook or just chromebooks in general, no matter what the flavor?

As for #1, this kind of falls into the argument I made earlier, but if they’re trying to only pull from the decade, they didn’t have much of a choice. But at the same time, it wasn’t necessarily something introduced in this decade either. Again, just an iteration of something else. Granted, it was an important iteration, but one to justify the position?

My raver ram is fake? This explains my rendering speed

IMO, the list is missing two things I own(ed):

Good ones. Haven’t heard of The Teenage Engineering OP-1, but it looks sweet.