I seem to be the last person to have discovered this game, but I am addicted to it! 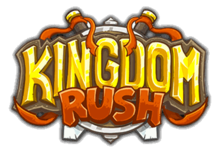 It was originally a Flash game, and it still has a lot of that nice vectoriness to its look and feel

Anybody else play it?

I played it back when it was a Flash game on the web and replayed it several times when they made apps for my phone. Coincidentally, I downloaded it again just last week. You should try the sequels too!

Yes! I finished the original, Frontiers, and am close to finishing Origins. I am picky about winning every level with 3 stars at the most difficult (Veteran) setting, and the later “bonus” levels after the main story are really difficult…for me!

The game is really fun. The visuals, the sound, and the gameplay are perfect.

@TheCanadian - I started playing Iron Marines by the same publisher, and it is a lot of fun! Highly recommend it if you like the KR art style with a StarCraft-style gameplay

GREAT FIND. I had no idea about this. Pre-ordering this and can’t wait to play it once it comes out.

I just pre-ordered it, and the game won’t be out until November!