Will this be seen as a “kiss-and-tell" book?

(CBS) A year ago, Paul O’Neill was fired from his job as George Bush’s Treasury Secretary for disagreeing too many times with the president’s policy on tax cuts.

Now, O’Neill - who is known for speaking his mind - talks for the first time about his two years inside the Bush administration. His story is the centerpiece of a new book being published this week about the way the Bush White House is run.

Entitled “The Price of Loyalty,” the book by a former Wall Street Journal reporter draws on interviews with high-level officials who gave the author their personal accounts of meetings with the president, their notes and documents.

But the main source of the book was Paul O’Neill. Correspondent Lesley Stahl reports.

Paul O’Neill says he is going public because he thinks the Bush Administration has been too secretive about how decisions have been made.

Will this be seen as a “kiss-and-tell" book?

“I’ve come to believe that people will say **** near anything, so I’m sure somebody will say all of that and more,” says O’Neill, who was George Bush’s top economic policy official.

In the book, O’Neill says that the president did not make decisions in a methodical way: there was no free-flow of ideas or open debate.

At cabinet meetings, he says the president was “like a blind man in a roomful of deaf people. There is no discernible connection,” forcing top officials to act “on little more than hunches about what the president might think.”

This is what O’Neill says happened at his first hour-long, one-on-one meeting with Mr. Bush: “I went in with a long list of things to talk about, and I thought to engage on and as the book says, I was surprised that it turned out me talking, and the president just listening … As I recall, it was mostly a monologue.”

He also says that President Bush was disengaged, at least on domestic issues, and that disturbed him. And he says that wasn’t his experience when he worked as a top official under Presidents Nixon and Ford, or the way he ran things when he was chairman of Alcoa.

O’Neill readily agreed to tell his story to the book’s author Ron Suskind – and he adds that he’s taking no money for his part in the book.

Suskind says he interviewed hundreds of people for the book – including several cabinet members.

O’Neill is the only one who spoke on the record, but Suskind says that someone high up in the administration – Donald Rumsfeld - warned O’Neill not to do this book.

Was it a warning, or a threat?

“I don’t think so. I think it was the White House concerned,” says Suskind. “Understandably, because O’Neill has spent extraordinary amounts of time with the president. They said, ‘This could really be the one moment where things are revealed.’"

Not only did O’Neill give Suskind his time, he gave him 19,000 internal documents.

“Everything’s there: Memoranda to the President, handwritten “thank you” notes, 100-page documents. Stuff that’s sensitive,” says Suskind, adding that in some cases, it included transcripts of private, high-level National Security Council meetings. “You don’t get higher than that.”

And what happened at President Bush’s very first National Security Council meeting is one of O’Neill’s most startling revelations.

“From the very beginning, there was a conviction, that Saddam Hussein was a bad person and that he needed to go,” says O’Neill, who adds that going after Saddam was topic “A” 10 days after the inauguration - eight months before Sept. 11.

“From the very first instance, it was about Iraq. It was about what we can do to change this regime,” says Suskind. “Day one, these things were laid and sealed.”

As treasury secretary, O’Neill was a permanent member of the National Security Council. He says in the book he was surprised at the meeting that questions such as “Why Saddam?” and “Why now?” were never asked.

“It was all about finding a way to do it. That was the tone of it. The president saying ‘Go find me a way to do this,’” says O’Neill. “For me, the notion of pre-emption, that the U.S. has the unilateral right to do whatever we decide to do, is a really huge leap.”

And that came up at this first meeting, says O’Neill, who adds that the discussion of Iraq continued at the next National Security Council meeting two days later.

He got briefing materials under this cover sheet. “There are memos. One of them marked, secret, says, ‘Plan for post-Saddam Iraq,’" adds Suskind, who says that they discussed an occupation of Iraq in January and February of 2001.

Based on his interviews with O’Neill and several other officials at the meetings, Suskind writes that the planning envisioned peacekeeping troops, war crimes tribunals, and even divvying up Iraq’s oil wealth.

He obtained one Pentagon document, dated March 5, 2001, and entitled “Foreign Suitors for Iraqi Oilfield contracts,” which includes a map of potential areas for exploration.

“It talks about contractors around the world from, you know, 30-40 countries. And which ones have what intentions,” says Suskind. “On oil in Iraq.”

During the campaign, candidate Bush had criticized the Clinton-Gore Administration for being too interventionist: “If we don’t stop extending our troops all around the world in nation-building missions, then we’re going to have a serious problem coming down the road. And I’m going to prevent that.”

“The thing that’s most surprising, I think, is how emphatically, from the very first, the administration had said ‘X’ during the campaign, but from the first day was often doing ‘Y,’” says Suskind. “Not just saying ‘Y,’ but actively moving toward the opposite of what they had said during the election.”

The president had promised to cut taxes, and he did. Within six months of taking office, he pushed a trillion dollars worth of tax cuts through Congress.
But O’Neill thought it should have been the end. After 9/11 and the war in Afghanistan, the budget deficit was growing. So at a meeting with the vice president after the mid-term elections in 2002, Suskind writes that O’Neill argued against a second round of tax cuts.

“Cheney, at this moment, shows his hand,” says Suskind. “He says, ‘You know, Paul, Reagan proved that deficits don’t matter. We won the mid-term elections, this is our due.’ … O’Neill is speechless.”

”It was not just about not wanting the tax cut. It was about how to use the nation’s resources to improve the condition of our society,” says O’Neill. “And I thought the weight of working on Social Security and fundamental tax reform was a lot more important than a tax reduction.”

Did he think it was irresponsible? “Well, it’s for sure not what I would have done,” says O’Neill.

The former treasury secretary accuses Vice President Dick Cheney of not being an honest broker, but, with a handful of others, part of “a praetorian guard that encircled the president” to block out contrary views. “This is the way Dick likes it,” says O’Neill.

Meanwhile, the White House was losing patience with O’Neill. He was becoming known for a series of off-the-cuff remarks his critics called gaffes. One of them sent the dollar into a nosedive and required major damage control.

Twice during stock market meltdowns, O’Neill was not available to the president: He was out of the country - one time on a trip to Africa with the Irish rock star Bono.

“Africa made an enormous splash. It was like a road show,” says Suskind. “He comes back and the president says to him at a meeting, ‘You know, you’re getting quite a cult following.’ And it clearly was not a joke. And it was not said in jest.”

Suskind writes that the relationship grew tenser and that the president even took a jab at O’Neill in public, at an economic forum in Texas.

For the rest of the article : 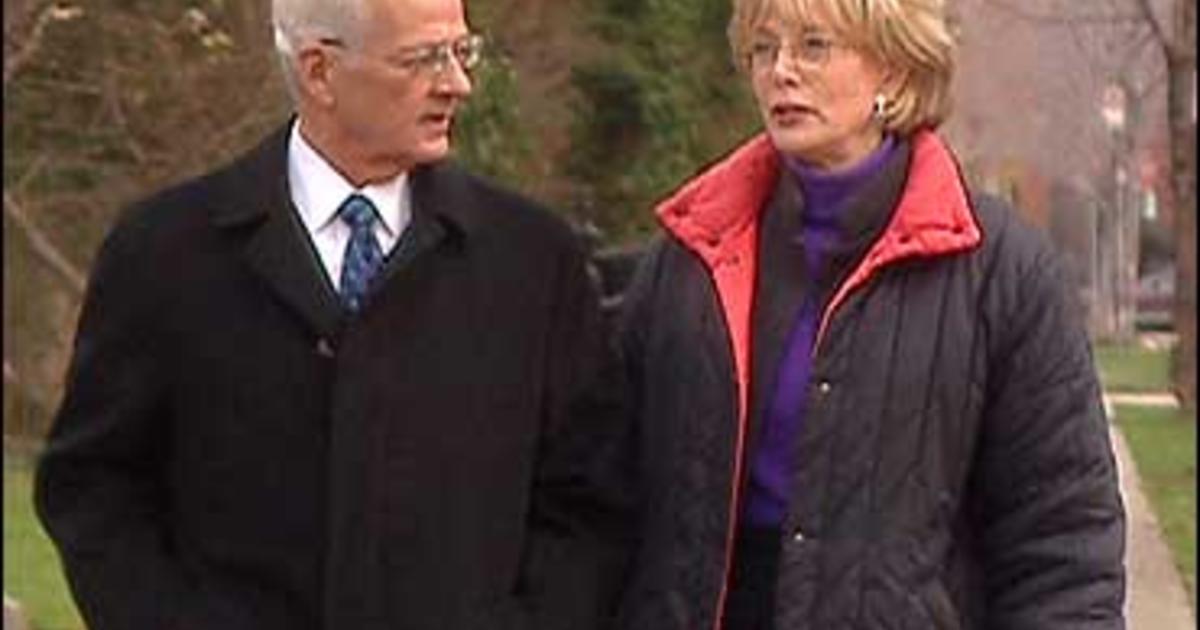