What are you working with?

I’ve been away from Kirupa forums for a long time but I do miss the community it gave me back in the day, I’ve never been able to find another online community quite like what I found here back around 2006 or 2007. Back then the hotness was Flash and it seemed most of the Kirupa forms revolved around Flash and some JS sprinkles. I guess Ajax was big too. Kirupa also had a large design bent, I remember many a photoshop battle.

I’m wondering what sorts of tools and technologies people here are working with now?

I’ve never been able to find another online community quite like what I found here back around 2006 or 2007.

Yeah, it really was a different era of the web. I think a lot of the programming side of these sorts of discussions might happen in various Slack / Discord instances now, so the only discoverable quasi-communities are places like Stack Overflow… but they seem more transactional than community-oriented.

I’m wondering what sorts of tools and technologies people here are working with now?

These days, I’m mostly writing Swift, Objective-C, C, or C++, with a bit of Python or web/JavaScript on the side. Naturally that’s paired with Xcode. I use Atom as a plain text editor; for some reason I’ve never completed the jump to VS Code… it feels clunky to me somehow whenever I give it another shot.

I haven’t had to use any design tools super recently, but I used to have Sketch and I keep Pixelmator Pro around for random image editing tasks.

As with what krilnon was saying, it definitely seems like we’ve left the forum era and moved on to… I don’t know what. Maybe we’re more social media focused and a lot of this has moved on to twitter? I definitely see things brought up there (including via kirupa) It’s not a platform I’ve gotten too involved with myself. Same with whatever Slack/Discord communities might be out there, though it sounds like they’re not very discoverable.

As for what I’m working on, I’m pretty much 100% client side JavaScript. On top of that there’s been a sprinkling of Objective-C/Swift or Kotlin, but my team has recently made a transition that makes my exposure to those even less likely now.

Some of our tech stack probably goes back close to 10 years or so with a proprietary framework that we still use that helped serve the Edge suite apps. Since then we’ve also moved to backbone, and then from backbone to react (though we still have a lot running on backbone) and more recently starting to move in to using web components. The verdict is still out on those, though.

Also, about the only designing I do anymore is for kirupa’s head

Yes, most of the dev chat seems to be done through massive Slack and Discord channels which personally I can’t stand. In a strictly transactional sense they work well if the community is big enough where you can post a question and get an answer within a few minutes but if you don’t get an answer within a few minutes it will likely get buried never to be heard from again and good luck trying to create any kind of knowledge repository. That’s part of the reason I’ve been feeling a pull back to forums.
Bit of a digression here.
@krilnon I’ve made the jump to VSCode a few times but the design just feels off to me, I like the full page search results of Atom and the general astetic.

I ended up on this site years ago as a non developer fascinated by flash.
Remember when people used to complain of so much poor quality flash content because the barrier to entry was so low?

That would be me !

though I didn’t publish much.

I never left the hobby realm, and sometimes go up to 12 months without touching anything unfortunately.

Unity has a lot of users, content, tutorials which is great. The community is vast, but not quite like the old as3 community unfortunately, I agree the forum era is seemingly past. I’m not a huge fan of the social media way of doing things, other than showcasing content that is.

Reddit has a good amount of unity users, but its also more of a show off / advertisement than a community conversation.

Awesome. I’d love to play with Unity and C# someday. Nothing wrong with being a hobbyist. I do miss the Flash days, low barrier to entry and a platform that appealed equally to developers, designers, animators and artists. I don’t know of anything that comes close to comparing these days.

Interesting that you mentioned the hobbyist and Flash to Unity transition. Since my current role is about accessibility, we cite AIR and Unity frequently since they don’t make it remotely easy to make an app/game accessible. On the flip side, the developer experience, or hobbyist / novice experience is pretty smooth for those tools. 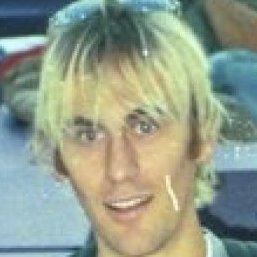 hypothesis -- most platforms that aren't accessible end up dying… not entirely due to pressure for accessibility, but because the platform ends up being hard to work with for a whole host of reasons stemming from the same root causes… watch out PDF, Unity(?), …#ripflash twitter.com/mattmay/status…

It was that early--maybe 2000-2002--that the horse had left the barn forever. It was easier to make cool-looking stuff across browsers with Flash than with HTML. And virtually nobody cared that it was all inaccessible to blind, low-vision and keyboard users.
tbo January 2, 2021, 1:53am #10

On the flip side, the developer experience, or hobbyist / novice experience is pretty smooth for those tools.

Depends who you ask about developer experience. I’m new enough that coming from AIR, it blows me away what you can do in comparison, and fairly easily. However there’s no shortage of people complaining about issues.

I’m now understanding there are things that are abandoned or broken, poor documentation. Things must move quickly there, and I’ve yet to find any kind of up to date chart or anything.
I’ll read up on something or watch a youtube tutorial on it from less than a year ago, only to find out that’s the “old way” there’s an entire new system now, and that happens a lot. So that is not smooth.

but I’m super appreciative of what it can do with x amount of effort…and in general, things “just work” more than they did with AIR. So relative to what I’ve used, I’m still on the hype train. People often complain of issues once you scale up a project

Interesting that you mentioned the hobbyist and Flash to Unity transition. Since my current role is about accessibility, we cite AIR and Unity frequently since they don’t make it remotely easy to make an app/game accessible.

Does this mean incorporating native accessibility / handicap type stuff over top of a unity/air app? Yeah I would assume that might be a difficult task. Do you find the same with unreal engine projects?

Awesome. I’d love to play with Unity and C# someday. Nothing wrong with being a hobbyist. I do miss the Flash days, low barrier to entry and a platform that appealed equally to developers, designers, animators and artists. I don’t know of anything that comes close to comparing these days.

Actually I would say unity comes close to comparing, but is far more powerful…at least for me and what I was doing making little projects / games. I was never really web focused so I’m not missing that part